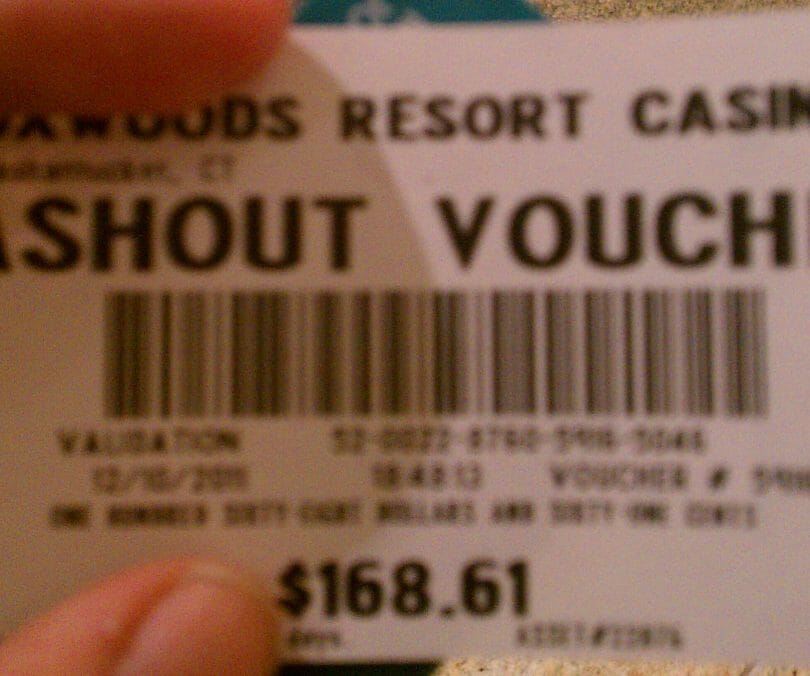 One of the common threads I see come up periodically on social media forums about gambling is the topic of uncashed TITOs. Specifically, many players think casinos get to keep all the money, and so they take various actions to try to ensure more tickets don’t get cashed.

That’s a myth – there’s a variety of reasons why uncashed TITOs are actually more a frustration – but let’s take a look at a specific state, since rules vary by state and the data is more public for some than others.

The Review-Journal just did a write-up about the surge in uncashed TITOs in the 2022 fiscal year compared to the past. They also get into where the money goes.

In this article I’ll go over some of the reasons there’s more uncashed money as of late, and how you as a player can avoid being part of that.

Casinos shifted from coins in slot machines to TITOs to reduce the amount of labor and effort it took to keep slot machines in operation. Coins are heavy, would need to be loaded into machines, cashed out at the Cashier desk back into bills, and so on.

As such, moving to tickets reduces wear and tear on machines, lowers the amount of labor required for maintaining a slot floor, and created a generally more reliable system in the process.

The flip side is uncashed tickets. In Nevada, tickets expire after six months at most; some casinos give you less time. If unclaimed, 75 percent of the uncashed portion is given to the state. The casino gets to keep the other 25 percent. From 2015 onward more than $10 million in uncashed tickets were left behind each fiscal year, growing slowly but steadily to about $14 million in 2020. But in the 2022 fiscal year, that number spiked to $22 million, a 50 percent increase over just two years earlier.

Changes in recent years has definitely had an impact. Here’s some common reasons why TITOs go uncashed.

Players Forget They Have Them

One common reason is simply because a player forgets they have a ticket. Perhaps one is in their wallet that they missed, or a pocket, or they thought they had two tickets when they had three.

Many players who have smaller tickets of under $1 also will put them aside and then forget about them – it’s easy to do because of the small amounts involved, but those coins can add up.

This is a big change during the pandemic, initiated when there was a coin shortage due to the lack of circulating currency, but has persisted even as things have returned to more normal operations. If you put a ticket for $100.87 in a ticket eater, it’ll give back $100 in bills and then a ticket for 87 cents.

Some thing that casinos did this to make more money, but given they have to hand 75 percent of it over, on small amounts, this isn’t going to be a windfall for them. Instead, it’s more likely a further labor saving device, since now the ticket eaters don’t need to be loaded with coins either. Presumably this also makes room for more bills, so the ticket eating machines don’t need to be reset as often either.

It should be noted that some casinos have not gone this direction and still dispense change out of their machines – Ellis Island and Plaza are two that come to mind from recent visits. I used to save my loose change for a future casino visit, using the change collected as tip money for the next trip. I still get change, but not nearly the amount I used to get.

I’ve noticed increasingly players leaving behind tickets, often again of lower amounts, as opposed to playing them down to 0 or cashing them in. While it’s certainly the case that some of them may get picked up and ultimately redeemed, there’s also the chance they get thrown away or found by the casino, who will then set them aside.

How to Redeem Those TITOs

So, if you want to make sure you fully can take advantage of tickets that are left over, especially lower amounts under $1, what can you do? Here’s a couple of options:

A percentage of slot machines are designed to offer, when enabled by the casino, a Wager Saver, which allows for a chance at another spin if you only have a partial amount of the bet available.

Lightning Link and its siblings are among the more prominent, and I can’t recall ever seeing one of those machines without the lucky chance. Many games by Scientific Games offer it, although some machines might not have it enabled, so it doesn’t always work out.

But ultimately, that can ensure you get a chance to wager it off.

Go To the Cashier

Unsaid, but always available, is the ability to bring the ticket to the cashier to redeem for change. This may not be the best option if the cashier line is long, but you can always visit the desk if you don’t want to have a bunch of smaller denomination tickets hanging around.

Give It to Another Player

I’ve been seeing this happen more and more – players just pay it forward to other players. Doing this can be a very critical step vs. laying it on a machine, as some casinos in some locations consider that abandoned property that legally belongs to the casino when left behind. I’ve seen reports of players getting in trouble legally for picking up left behind tickets.

Giving it to a player ensures you’re affirmatively handing off ownership, which avoids any issues on that front. You also know that they have a chance to do something with it, especially if they’re actively playing.

On some ticket machines you get the option to donate the loose change; at least with this option you have some control over where it goes, and you know it’s not going, whether partially or fully, into the casino’s bottom line.

Some casinos have ticket drop boxes for donations as well, effectively doing the same thing in a more manual way.

In both cases you can pay it forward in a different way, and know that the money will be put to good use.